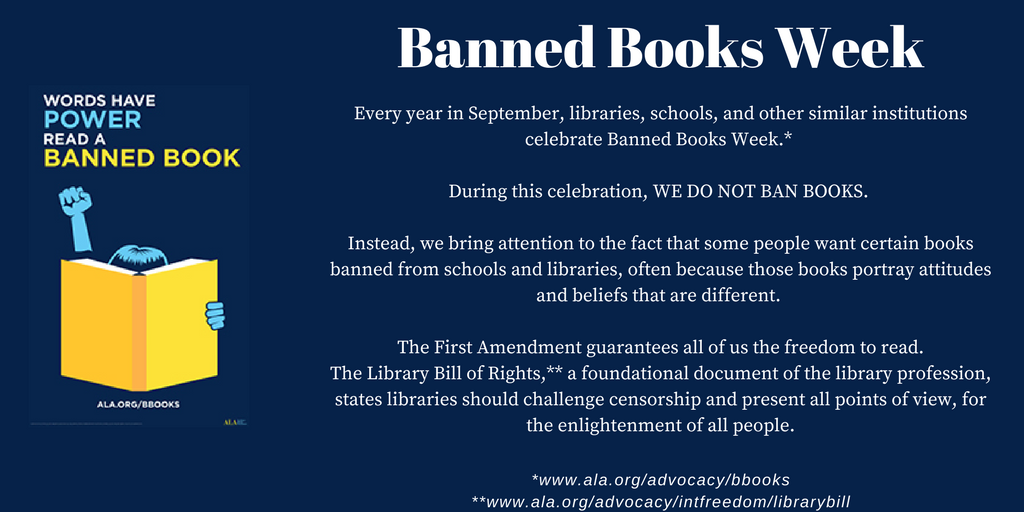 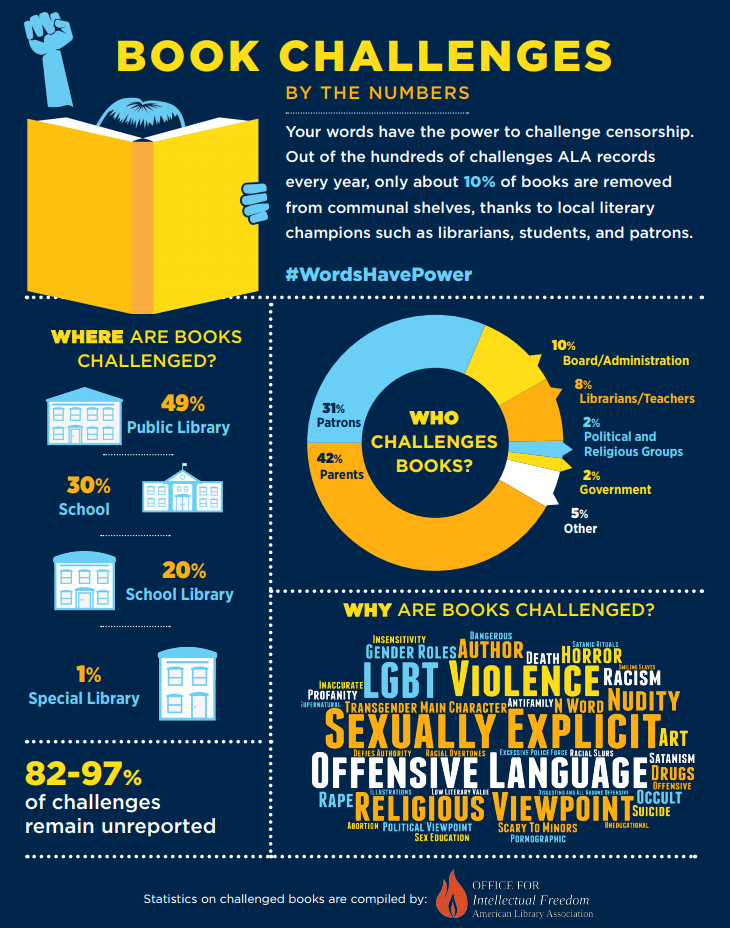 Book Challenges by the Numbers 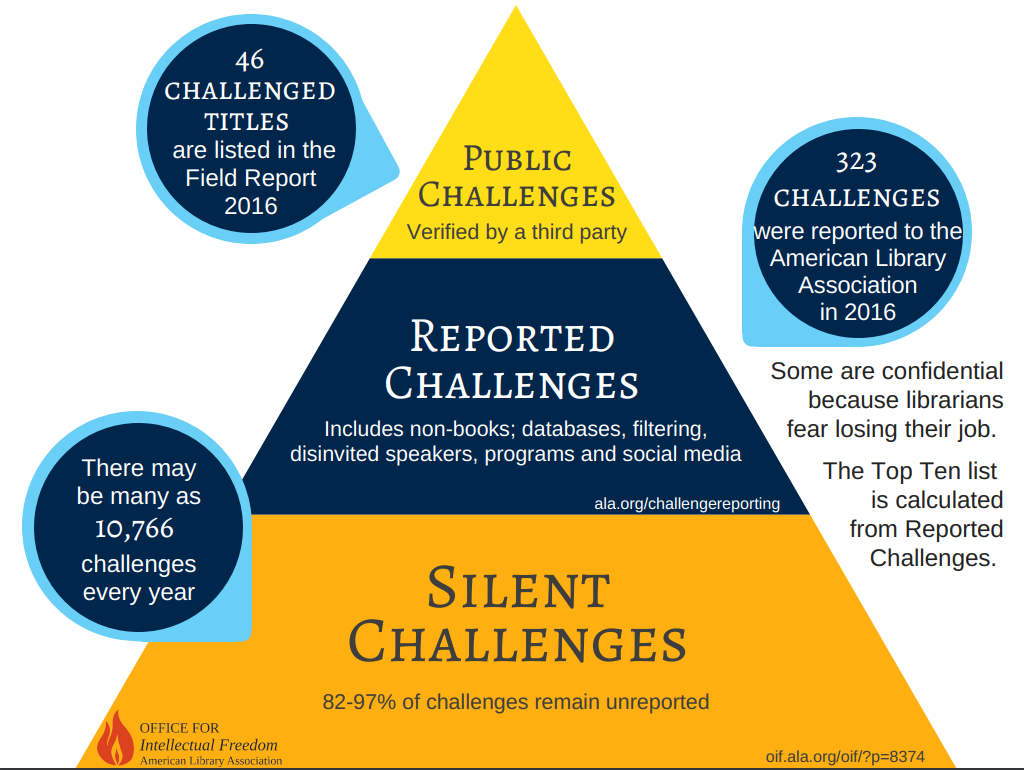 Public vs. Reported vs. Silent 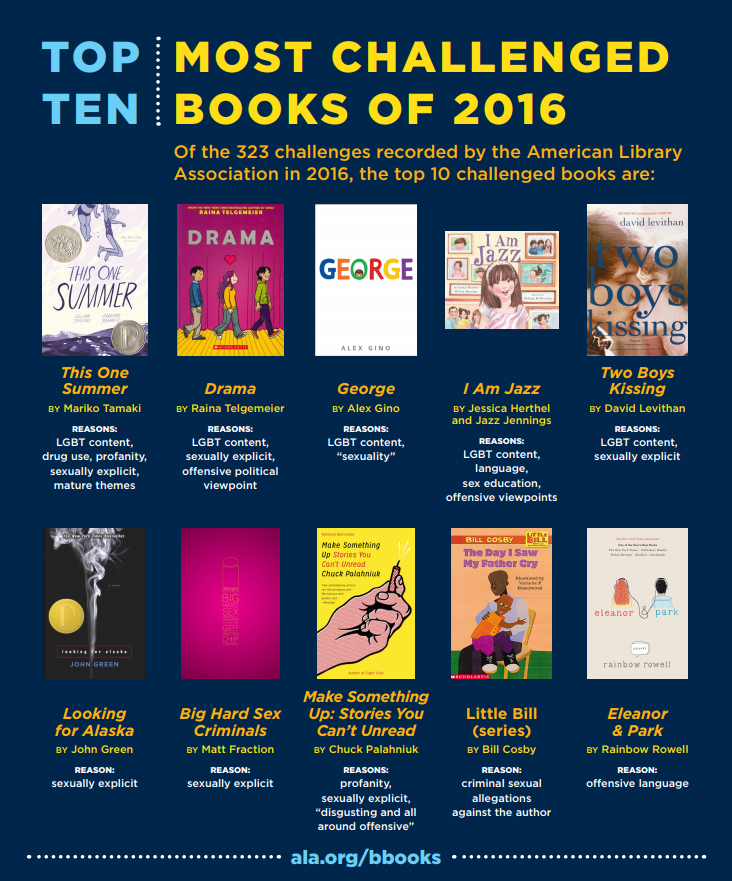 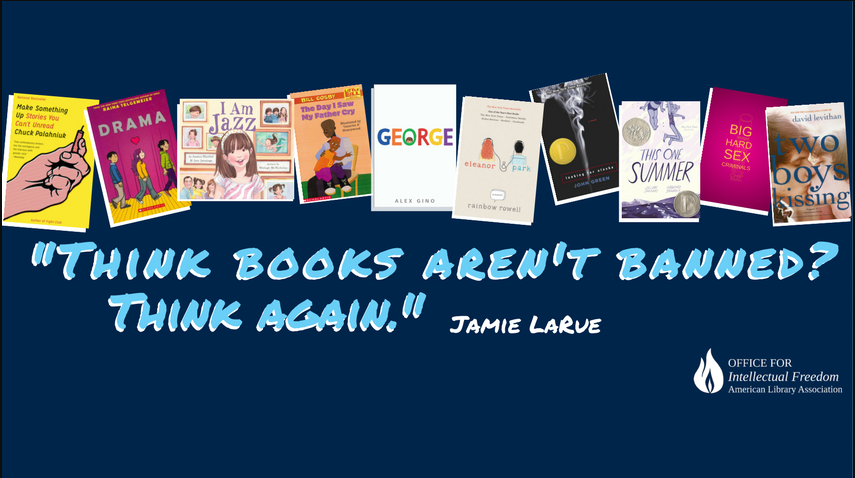 Year: These annual bibliographies, written by Robert P. Doyle, include information on books that are challenged, restricted, removed, or banned. The current issue is available on the ALA Store.

Children’s Books: A common reason given for challenging a book is “unsuited/inappropriate for age group.” Authors such as Alvin Schwartz, Mildred D. Taylor and Roald Dahl are listed more than once on this list of 130 frequently challenged children’s books.

Young Adult Books: This list includes books written for YA audiences and those featuring a YA main character.

Classics: At least 46 of the Radcliffe Publishing Course Top 100 Novels of the 20th Century have been the targets of ban attempts.

Books with Diverse Content: OIF found that out of the 2015 Top Ten Most Frequently Challenged Books, nine of them contained diverse content. The 86 books on this list include content by or about people of color, LGBT people and/or people with disabilities.

Out of 323 challenges reported to the ALA Office for Intellectual Freedom, the Top Ten Most Challenged Books of 2016 are: